skip to main | skip to sidebar

First off, I have to apologise to my brother in law who will no doubt want to turn inside out and slough his skin after seeing the "photos" I'm including in this post. But it's arguably worth it. Gypsy tart is a Kentish delicacy which isn't really available anywhere else. As far as I know. There could be a tribe in remote Indonesia making them, but in that case I POSTED ABOUT IT FIRST, LOSERS.

In any case, Kent used to be divided into two along the River Medway. People had nothing else to do so they invented names for themselves depending on which side of the river you were on. Imaginatively, one side called themselves "Men of Kent" and the other side, in an equal show of creativity, called themselves "Kentish Men". Nowadays no-one really cares or remembers these names and I'm pretty sure it's because of the gypsy tart. In any case, it's been on school menus forever (at least my mum used to eat them at school and that's good enough).

Like all traditional foods, it's quite ridiculous. Firstly because you fill it with nothing more than milk and sugar (milk has calcium!) and secondly because you have to whip it for longer than the safety instructions on my electric whisk will let you operate the whisk for.

1) Forget that you'd decided to make a blog post and make a pie crust from scratch using Joy of Baking's shortcrust pastry. http://www.joyofbaking.com/PieCrust.html Remember just in time and take a photo. 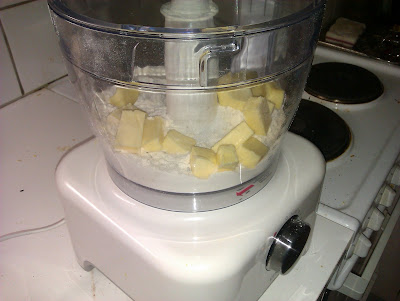 You can ignore my dirty surface there, I won't mind. So in there I have just over 100g of cold butter, a tablespoon of sugar, 175g of plain flour and a bit of salt which I didn't need as the butter was salted. It's been one of those days.

2) Following Joy of Baking's instructions, pulse it a bit until crumbs form. Add some iced water and mix a bit more until it does this: 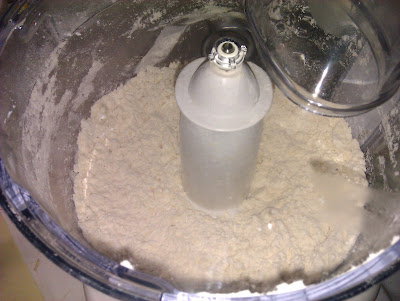 3) Tip it out onto a surface and panic, because it doesn't look like it'll come together. 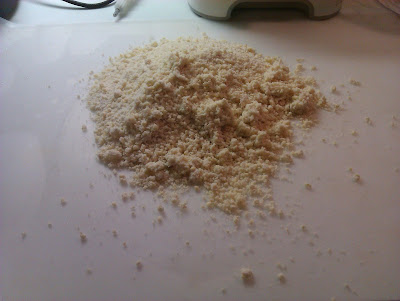 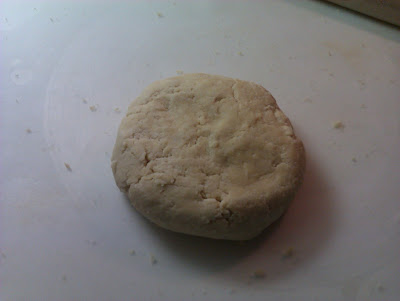 Put that in the fridge to chill and bring out the big guns.

5) Obtain some shaky milk. That's evaporated milk for those of you who are not suffering from a bout of the British dialect. 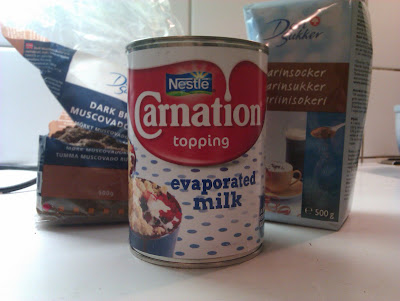 Also grab some muscovado sugar that you are sure you stored in a ton of airtight clingfilm but nevertheless looks like it could survive a nuclear war. Test your theory by putting it in the microwave with a cup of water in an attempt to soften it. Also find a packet of "fariini" sugar for backup. Try to think of a translation for fariinisokeri and fail. Demerara would do as well.

6) Rejoice, for your sugar did what you wanted. 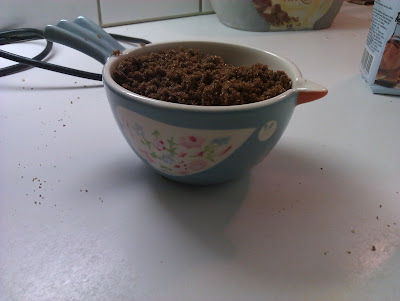 Say thanks to your sister for the measuring cups. They are awesome. 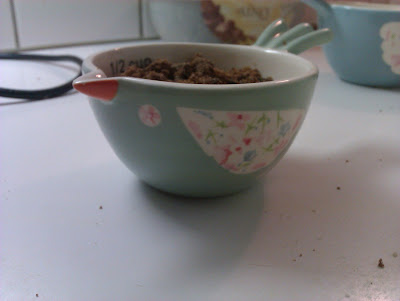 8) Put everything in your mixing bowl that your boyfriend just got you for your birthday and for which you are really pleased but are nevertheless trying to find some chauvinist accusation to use as leverage the next time you argue about something silly. 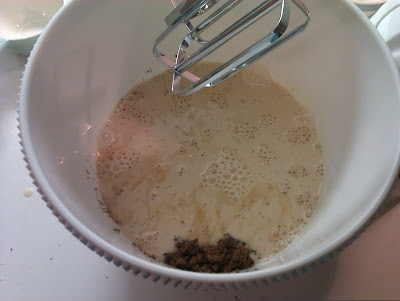 9) Mix it all up in yo' mixer. And I mean mix. Mix it for the 15 minutes I advise you to mix it and when you get to the point where you doubt that the crazy English woman actually meant 15 minutes, go for at least another 5. 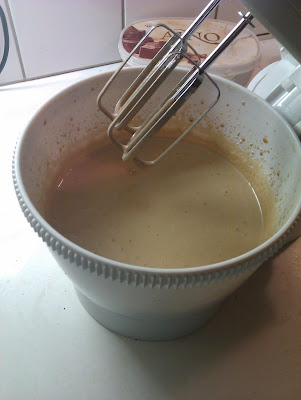 It will go all soft and light and coffee-coloured. This is actually what correctly prepared gypsy tart filling should look like, only set. Mine didn't turn out this way. Sorry. Life's a bitch. 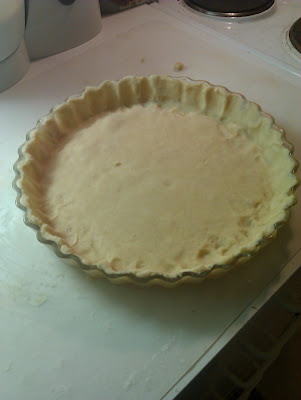 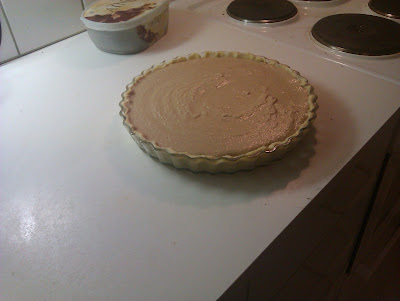 Put it in the oven, whereupon it will deflate, leak, go dark and runny and generally terrify you. Wonder what on earth you did to deserve such treachery. Keep it in the oven until it bubbles like magma and you worry for the safety of those around you. If you didn't whip the sugar and milk enough like me, and you didn't go poking around in there mid-cooking time like I did, then you can mix a little bit of cornstarch and a little bit of water into the mix just before cooking and it will thicken it right up without messing with the taste (I did it mid-bake and it set almost instantly). I still have one can of evaporated milk left and I'm determined to get the right consistency and colour by changing to demerara sugar, which the recipes I've seen at home use, but which I couldn't find here for the longest time. The sagas will continue..

-Your preferred pie crust, frozen or freshly made
-300g some sort of brown sugar
-1 can of evaporated milk. The one I have says it's 410g in sensible measuring units which I think is 14oz of silly.
-Popeye arms or a kitchenaid.
Posted by Staku at 19:51

Staku
I'm 25 and the kind of person who moves to Finland for the weather.